Let’s just say the pros will always outweigh the cons.

Some of my favorite moments:
-Seeing Team RWB out volunteering.
-Seeing Kelsey get her first ultra distance and then seeing her get a second wind post 50 miles. Also enjoying a few beers with my favorite LT. 🙂
-Thinking of Abby (the girl I run for) during the race because it was National Tubefeeding Week and she suffers from EoE.
-Thinking of my friends who have passed while serving for the continued freedom of our country.
-Seeing all the Eagles (including those from Houston, Warner Robbins, Orlando, Pensacola).
-Seeing local Run With It (Tammi and Donna) folks out in full force.
-When people asked…hey is this a 5K going on…telling them you’ve been running 20 hours makes their mind blown!
-Wearing my Feast and Feathers Trail Half Marathon, 10K and 5K beanie during the night. Thought about the wonderful race directors/sisters (Amy and Vanessa) and how I will come out this year hopefully.
-Carrying the flag from miles 48-50 (then on top of that, seeing people stand up and salute the flag, or runners salute the flag when the flag came by.)
-Then running with Robert as he ran with the flag from miles 48-50 (oh yeah, he hasn’t done more than 14 miles this year…beast!)
-Having Marcia telling me to get out of her tent
-Drafting off of little Mary (joke) and running with Rex, Dale and Christopher,
-Seeing Rex come back out
-Seeing a wedding…literally happen. I’m sure we crashed some of those photos!
-Seeing my Orange Mud Am-badass-adors (Patrick and Ed) out as well, Ed going 110 miles and Patrick and I just grinding through that stupid out and back.)

-Seeing Michael (Team RWB Pensacola) also carry a flag and a ruck sack.
-Seeing Chris W show up out of nowhere with a big stinking smile post 50 miler.
-Seeing Chris B (the Magnificent Ginger Unicorn) looking good at the 30 mile point.
-Seeing Debra M just being a flipping beast out there. She continued nonstop and just pushed through so much distance last night, 78 miles. Charles was there too and was great support to all RWB’ers and her. I loved seeing those two hold hands and enjoy each other’s company. Charles…you were a trooper!
-Seeing the LURs (Louisiana Ultra Runners) out there. Great seeing you Rhea!
-Seeing some of the tourists think we were crazy after they asked what we were doing. Then having them cheer you on through the race. FREE RACE SUPPORTERS!!!
-Pushing through two minimum race goals (I guess it helps to have people out there to root you on.)
-Seeing Christy J push through two laps to ensure she could continue onto the course to do the 100 miler, then seeing her finish from the distance.
-Seeing cops for three hours flash lights into a house where they may been loud and were not opening up the doors.
-Seeing Jeremy R and Kelly S supporting others in the last hour.
-The shirts are phenomenal quality and same with the design.  The fact that we could vote on the design was nice too. 🙂
-Volunteers were great (for the 24 hour race!)

Things I had issues with/would hope for future events.:
-Wind through the evening and morning hours. Just hurt momentum all night, which lead me to sleep for 3.5 hours (so wasted time.) (Nothing the race directors could do.)
-Getting my feet wet every once in a while (that’s bound to happen.)
-Wish there was a pre-race briefing opportunity on Friday night (when the volunteer briefing was.) This would have allowed me to sleep and not be so tired in the middle of the race.
-For the 24 hour race, the pizza should have come a little earlier and maybe more fresh food options through the night (like bacon and quesadillas [when compared to the 50 miler and all the wonderful food they were able to get.])  Even beer or margaritas would have been nice.  🙂
– I think (like ultras that I’ve dealt with before), there should have been some lights on the beach, or even grabbing like 10 tiki poles and light them up during the night to give us some light and to help boost the mood, it can become disorienting at night and trying to run and not force someone into the water, not required but would have been nice to have some light.
-Some IcyHot or BioFreeze at the medical tent would have been nice.  They did not have any.
-Portajohns at the start, but I know that there is nothing Zane can do because the counties do not allow the beach to have them. Sounds like it would be a nightmare anyway to try and figure out how to bring them out and back.
-Some individuals littered or didn’t pick up trash along the beach during the race.  Clean it up, it doesn’t affect your time more than 10 seconds.  Picked up multiple trash items along the way.
-Having to try to avoid the holes kids create (I ended up covering most of them during the night to help the runners out.)

Overall though, I think the race was great though.  It’s for a great cause too!  Thanks Zane Holscher and your family and race crew for putting on this race!  I highly recommend it and he does make it a weekend to not forget.  The awards are great, including the overall winner awards!  The fact that almost $55,000 was donated to the SOWF is amazing!  I loved how there is a fundraising aspect which I would do next year!

So the pros outweigh the cons! 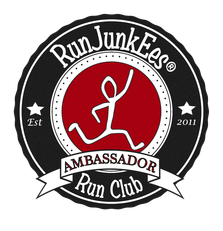